APIQWTC would like to invite you to celebrate the lunar new year at our 28th Anniversary Spring Banquet. Come see old friends and make new ones. The food and performances are going to be fabulous!!!

Join us at one of the biggest queer women & trans events in the Bay Area!!!
In Community,
The Banquet Committee
If you’re interested in volunteering, contact 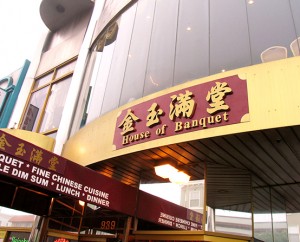 Be a Sheep Supporter, Platinum, Gold, or Silver Sponsor! Gold and Platinum Sponsors will be recognized for your generous support in the banquet program under the “Thank You Sponsors” section. Of course, if you choose to be an anonymous sponsor, we would gladly honor your wish.

**NOTE: The due date has passed for mail-in check reservations, please order your tickets on-line. A limited number of tickets are also available at the door on a first-come, first-served basis.

Mailed reservation and payment must be postmarked by Saturday April 5th to hold your spot and ensure discount pricing. Space is limited, reservation is guaranteed by check only. Please make check payable to “API Banquet” and return this form with your reservation.

Fill out a blank registration form by hand and mail in with your check (there is no handling fee for this service).

In the case of a needed refund, please make your requests by April 5, 2015.
We will not be able to accommodate your request after this date. 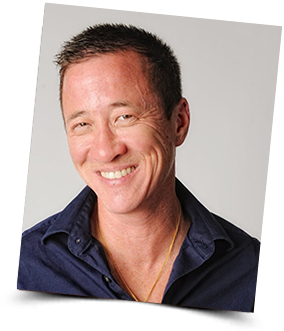 Willy Wilkinson, MPH is an award-winning writer and public health consultant who has been advocating for marginalized populations since the early days of the HIV/AIDS epidemic. A dynamic and engaging speaker who is recognized widely for his expertise in transgender issues, he has trained and provided consultation services for hundreds of community health organizations, businesses, and educational institutions on how to provide equal access for LGBT populations. Willy has been advancing Asian and Pacific Islander (API) LGBT issues over the past three decades through published articles, community organizing, cultural competency training, and spoken word performance. He is the recipient of a National Lesbian and Gay Journalists Association award and the Transgender Law Center Vanguard Award, and is the first transgender person to receive the Asian and Pacific Islander Queer Women and Transgender Community (APIQWTC) Phoenix Award.

Willy was a key organizer of the early API lesbian movement in the 80’s, and organized the first peer support programs for API transmasculine individuals and people of color on the female-to-male spectrum. He has documented the API queer women’s and trans movements in the San Francisco Chronicle, Asian Week, San Francisco Bay Times, Curve Magazine, Sojourner, and Philippine News, and was an editor of the API Lesbian newsletter Phoenix Rising. In “Asian Lesbianism as a Political Identity” (Sojourner, 1984), Willy wrote about racism in the lesbian community, homophobia in the Asian community, and the difficulty of reconciling a lesbian identity with the cultural expectations of our families and communities, and stereotypes perpetuated by larger society. As editor of Phoenix Rising in the late ‘80s, Willy invited the perspectives of a broad range of API ethnicities and identities, and asked the community to confront its own prejudices and rules of membership.

In an article about the first Asian lesbian retreat, which drew 80 women, Willy wrote about the challenges of individual and collective empowerment while working through years of oppressive societal and cultural messages. (San Francisco Bay Times, 1987). In “Gender Hybrids and Passing Dykes” (Asian Week, 2001), he highlighted the presence of API transmasculine people within the larger API community. Willy received wide acclaim for his article on the sociopolitical intersections between his parents’ interracial marriage and his own same sex marriage during the Winter of Love (San Francisco Chronicle, 2004).

Recent publications include a global perspective on transgender cultural competency in the inaugural edition of Transgender Studies Quarterly, and a contribution to Trans Bodies, Trans Selves, which explores the intersections between mixed heritage and trans experience. Willy’s piece in Manning Up: Transsexual Men on Finding Brotherhood, Family and Themselves addresses racism, Asian female subjugation, and transgender expression, and was described as “highly evocative” by the Lambda Literary Review. Willy’s forthcoming memoir Born on the Edge of Race and Gender: A Voice for Cultural Competency (due in Fall 2015) blends his intersectional experiences of race, gender, sexuality, disability, class, and parenthood with lessons from the fields of cultural competency, public health, and policy advocacy. 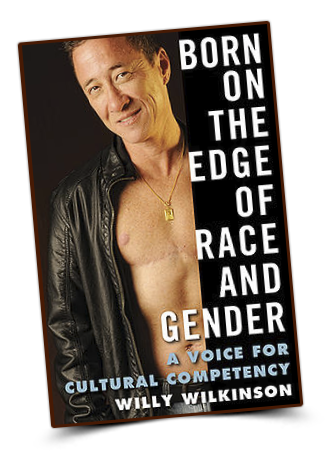 Willy was the first Asian and first transgender community health outreach worker providing street-based HIV education and crisis intervention for sex workers and drug users in San Francisco. He worked on the first large-scale public health research project on the transgender community, and developed the first HIV prevention program for trans men who have sex with other men. Willy launched the Health Care Access Project at Transgender Law Center, the first program in the nation to address trans health disparities through provider training, “know your rights” workshops for community members, and advocacy for trans-competent care.

Willy earned a Masters in Public Health in Community Health Education from UC Berkeley, and a BA in Women’s Studies from UC Santa Cruz. He lives in Oakland with his beautiful, irreverent wife Georgia Kolias and their three vibrant, young children. Learn more at www.willywilkinson.com.

Come celebrate with us at our 2015 Spring Lunar New Year Banquet! An awesome lineup of entertainment and community spirit awaits you! 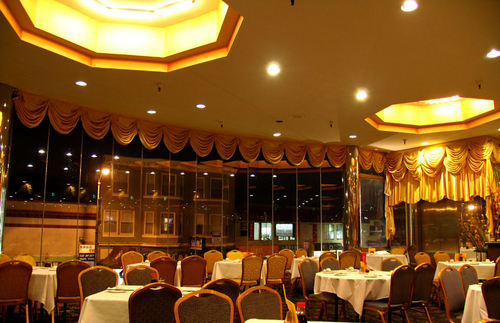 (Vegetarian Dishes noted in Green below.)

Bo Luengsuraswat is pursuing a Master of Fine Arts in Comics at the California College of the Arts in San Francisco. He received his Master of Arts in Asian American Studies with a concentration in Gender Studies at UCLA where he graduated summa cum laude. His Master’s thesis examined the artistic production by Asian American FTM transgender artists. Bo’s comics, cover art, interviews, creative and non-fiction writings, articles and reviews have been featured in many publications. His exhibitions, performances, and film screenings have been seen internationally in Cuba and Switzerland as well as Philadelphia, Los Angeles, and San Francisco. Bo’s areas of research include critical ethnic studies, feminist studies, queer & transgender studies, popular culture, and comics studies. Born and raised in Thailand, Bo immigrated to the U.S. in 2003. In addition to attending school, writing, and doing research, Bo also started a small food business called Medina-Huang Kitchen which produces and distributes homemade peanut sauce. Bo looks forward to turning his passion for comics and illustration into a full-time career. Through his work, he looks to make a difference within the queer and trans of color communities and push the boundaries of ‘LGBT’ comics and representations. His work can be viewed on his website at https://thirteenzero.carbonmade.com/.

Sammie Wills is pursuing a B.A. degree in Comparative Studies in Race and Ethnicity with a Minor in Education at Stanford University. Sammie also works as the Program Assistant at API Equality – Northern California, where she started as an intern in the Summer Internship Program. At API Equality, she co-founded the Communications Committee, served on the Leadership Team, and compiled curriculum to train young leaders on community organizing skills. Her senior honors thesis documents an oral history of API Equality – Northern California and aims to examine how the organization has changed over time. Currently, Sammie is a Board Member for the Stanford Asian American Activism Committee where she launched a long-term oral history project ‘Tracing Movements’ to document the immigration stories of Asian Pacific Islanders and rallied students to start a campaign focused on the need for faculty diversity. Sammie has served as the Executive Editor for Stanford STATIC, a progressive publication, and was the Kababayan Co-Chair of the Stanford Pilipino American Student Union. While at Stanford, she was also an Instructor for the course entitled ‘Revolution and the Filipino Diaspora’. As a mixed-race Filipina student, Sammie is committed to highlighting the narratives of the LGBTQ API community in her school work, through her activism, and with her organizing.

Donate to the scholarship fund with your reservations today! For Donations to APIQWTC Scholarship Fund, go here now and donate online, or please make you check payable to “API Scholarship”. Thank you.

APIQWTC is a non-profit, volunteer-based Bay Area group for nearly 900 Asian and Pacific Islander LGBT individuals, and the banquet attracts over 400 attendees each year from throughout the wider Bay Area. It is our main channel to raise funds for scholarships and causes such as Japanese earthquake relief and Southeast Asian Youth Empowerment. This year’s funds will support QueeRoc, the AROC Arab queer immigrant-led committee. QueeRoc aims at providing a space for Arab-identifying lesbian, gay, bisexual, transsexual and questioning (LGBTQ) individuals in the Bay Area to meet for the purpose of community building and resource sharing through informal exchange of experiences and knowledge as well as social activities.

An in-kind Auction donation (of items / gift certificate) at any level would greatly help us in this regard! Your donation will be acknowledged in both our printed event program and the display signage for the Auction. You will receive a mailed tax-deductible donation acknowledgment.

Join our generous in-kind donors with a tax-deductible donation of your item, service, or other contribution to help make our auction a success!

Contact if you are interesting in helping out with the auction.

Event volunteers are welcome! If you’re interested in volunteering, send an email to with subject “API Banquet”. 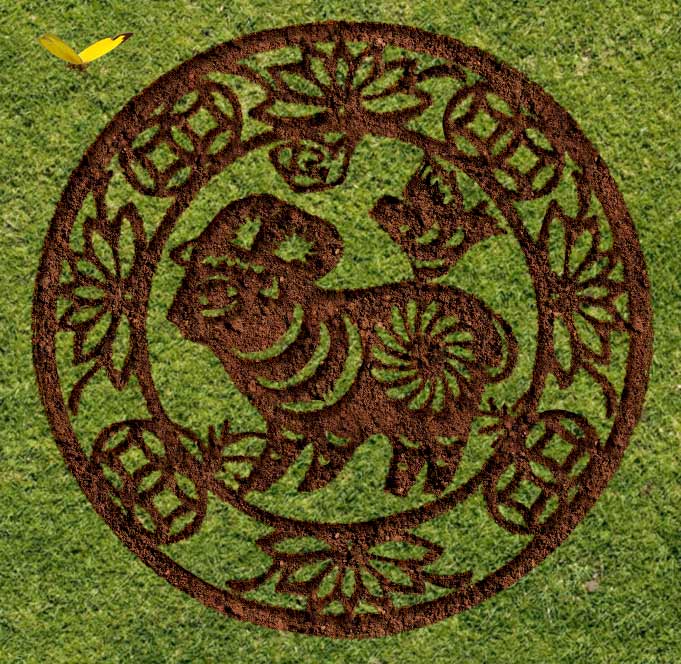