Celebrate the new year with us at APIQWTC’s 31st banquet!

The banquet will be hosted at Cinnamon Tree in Oakland’s Chinatown. 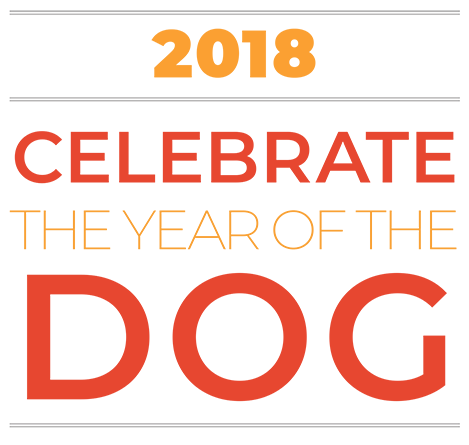 The APIQWTC Year of the Dog Lunar New Year Banquet will be on:

We have several sponsorship levels.

Be a PLATINUM Level Sponsor! PLATINUM Level Sponsors will be recognized for your generous support in the banquet program under the “Thank You Sponsors” section. Of course, if you choose to be an anonymous sponsor, we will gladly honor your wish. (No refunds after 4/15/2018 through Brown Paper Tickets.)

Mailed reservation and payment must be postmarked by March 20, 2018 to ensure discount pricing. Space is limited. Reservation is guaranteed by check only. Please make checks payable to “API Banquet” and return this form with your reservation to: APIQWTC “C/O Junior Claros” P.O. Box 31872, San Francisco, CA 94131

To pay by check, print and mail this form: https://goo.gl/xmwRd1 (Mail-in reservations: Non-refundable after April 10th) 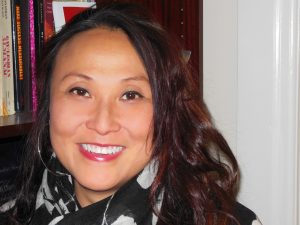 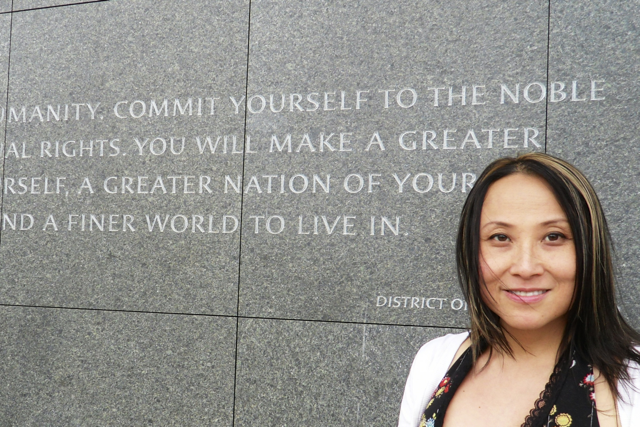 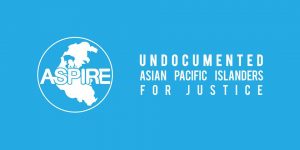 ASPIRE is the first Pan-Asian undocumented immigrant led group in the country, housed under Asian Law Caucus based in San Francisco Bay Area. The mission of ASPIRE is to empower undocumented Asian Pacific Islander youth and young adults to educate, advocate, organize, and mobilize for the rights of immigrant families. ASPIRE’s vision is to build an inclusive and socially just society. In this recent year, ASPIRE has continue to protest against inhumane deportations by advocating via legislative visits, community education, and nonviolent direct actions.

Congratulations to our 2018 APIQWTC scholarship awardees, Caroline and Lori Lee! 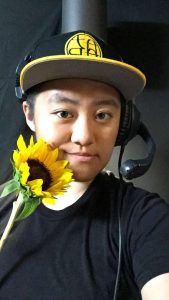 Caroline is pursuing a B.A. in Human Biology with a concentration in community health policy at Stanford University. On campus, she has worked to increase the accessibility of mental health resources, both as a trained peer counselor and as co-director of the Mental Health & Wellness Coalition; off campus, she works with St. James’ Infirmary, a free health clinic for sex workers in SF, to provide queer and trans-inclusive healthcare to underserved communities in the city. As a queer child of immigrants, Caroline has seen firsthand how the American healthcare system has failed and continues to fail marginalized communities, especially queer and trans communities of color; at the same time, however, she also has always recognized the knowledge and power these communities have (and have always had) to care for their own and be spaces of transformative healing in the face of systemic injustice. In the future, she hopes to pursue a degree in medicine in order to put herself in a position where she can provide compassionate and culturally-competent care to her communities, speak and act out against systemic queerphobia/trans-antagonism and racism within the medical institution, and fight to ensure these communities have the resources and power they need for lasting, sustainable healing. 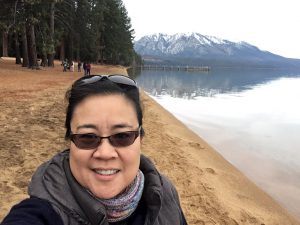 Lori Lee is a 3rd generation Chinese-American Lesbian is pursuing a doctorate in clinical psychology at the American School of Professional Psychology in Alameda. Lori Lee decided to make the scary leap of quitting gainful employment to return to school after many years working as a child protective social worker in San Francisco, serving communities of color, queer, disenfranchised, disabled and marginalized people including issues of child abuse, domestic violence, mental health issues, substance abuse, and low socioeconomic status. Lori Lee believes that life is too short and feels it’s important to do things to bring joy to your life. Lori Lee believes that no matter how old you are it is never too late to go back to school and wants people to know that no matter your age it is important to take care of your mental health. Since belonging to the APIQWTC community for many many years (yes over 20!) Lori Lee is grateful for the scholarship and all the years of support, fun and lifelong friendships.

Click here to donate to the scholarship fund, or donate at the Banquet!

In the past years, our banquet SILENT AUCTION and RAFFLE have raised funds for scholarships and causes such as earthquake relief and resources for survivors of human trafficking. This year’s funds will support ASPIRE, the first Pan-Asian undocumented immigrant led group in the country. The mission of ASPIRE is to empower undocumented Asian Pacific Islander youth and young adults to educate, advocate, organize, and mobilize for the rights of immigrant families.

If you have a potential auction/raffle item or know of any individuals or businesses that might be willing to donate items, please contact: .

Place an Ad in Our Program? Feature Your Pet(s) on the APIQWTC Pets Page

Calling all community members and pet lovers!  You can support APIQWTC by placing an ad in our banquet program! We are now accepting Program Ad and Pet Pages submissions.

In addition to reaching out to approximately 250 banquet guests, a portion of your ad proceeds will go towards funding APIQWTC scholarships and will help support us pay for banquet expenses.

More information is included in the registration forms below.

**Checks must be RECEIVED (not postmarked, received) by Friday, MARCH 30th 2018 in order for us to confirm ad placement in the Pets Pages of the event program. This is the printing deadline, no exceptions. Please see mailing address inside forms below.

Every year we depend on awesome volunteers who make our banquet run smoothly and successfully. As a member of the volunteer-run banquet committee, I know first hand that the volunteers make this banquet become a historic event, which continues to exist year-after-year because of the commitment of volunteers and their investment in creating space to celebrate API Queer Women and Trans people.

Luckily for you, there are so many ways to help us celebrate our beautiful community! From setting up decorations, to creating a festive atmosphere for our community, to selling raffle tickets and auction items that will sustain the organization, to ensuring that our event is good to the earth by helping our sustainability team.

All volunteers of different access needs are warmly welcomed regardless of familiarity with APIQWTC — whether this is your 1st or 31st banquet!

Since APIQWTC is a fully volunteer-run community group with a small budget, volunteers must pay their own way. If you have not bought a ticket yet, please be sure to purchase one here. There are only a limited number of discounted tickets for volunteers who need financial support, so please reach out to if you are interested in this.

Since we want our volunteers to enjoy the banquet without burden, only one 2-hour shift will be assigned per volunteer. Depending on assignment or accessibility needs, roles may end early. If you are very passionate about APIQWTC, please feel free to sign up for more than one shift!

If you are moved to lend us your time and energy, please contact Anna Lei at with subject “API Banquet”.

Direction from the banquet to After Party

In the event that these instances occur, impacted community members are encouraged to inform trained APIQWTC committee members. These members will support and intervene by taking all reasonable actions during the banquet, including:

APIQWTC is committed to supporting all parties as needed, to ensure the APIQWTC Lunar New Year Banquet as a safe space.